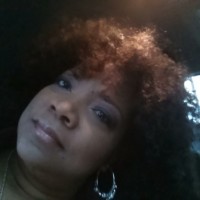 I wanted to share this story because this just really touched my heart.

I never talk about my youngest son because the wound and the grief from his death were so deep I couldn’t even bring  his name up without tears. But today I believe that I’ve made progress. In August of 2007 my son was killed. He was at college & in just 5 months he would have graduated with a dual degree. But on August 17, my husband answered the phone & it was a detective with the news my son was found in his home with one gun shot to the head by an ex girlfriend. I was devastated he was my youngest son, my baby. I later found out from his friends that my son had dated this young lady who was extremely jealous and violent. I was told he broke up with her, and with each of her failed attempts to get him back her anger turned into violent acts.. After 4 days of no response from my son to any of his group of friends one went to check on him and found him dead. My son never told me anything about the trouble he was having with her. I think he may not have known the danger he was in. I stopped beating my self up about why, & how could I have helped, could I have said something to him that would have saved his life?  I no longer beat myself up about it. I gave it all to God.*I really can’t express how I found peace,.. I just did with a whole lot of tears, prayers and crying out to God.*  I just wanted to share this because I feel that teenagers should be educated about dating violence in high school just like they teach sex education. I wanted to make sure both my sons got a college education so that their future would have promise. I never thought to talk to them about violence in dating relationships. I taught them to love God, to say mam & sir, how to treat girls, how to stay safe when driving and pulled over, and respect their elders;…but I didn’t teach them about dating violence. I feel strongly that it may have saved his life, because he was a great kid , obedient and always would listen to me,….if I had added dating violence to the tools I gave him maybe he would be alive..